“It’s that time of year to sit back on the beach, pick up a good book—or a whole bundle of them!—and travel across time and space.

I’ve curated 14 Adventure Science Fiction books for a mind-bending reading roller-coaster ride across the galaxy. Name your own price, and get them all.

In this Great Galaxies StoryBundle, you’ll get a brand-new exclusive novel by legendary SF master Alan Dean Foster, Prodigals—not yet released to the general public! Nexus is the first novel featuring the cosmic superhero by comics master Mike Baron, and Dr. Alien by Rajnar Vajra pits a human psychologist against an incomprehensible alien mindset to avert a galactic war.

The beautiful anthology, Last Cities of Earth—created by fan-favorite artist Jeff Sturgeon—contains 14 stories set in a fabulous post-apocalyptic future, written by David Gerrold, Mike Resnick, Brenda Cooper, Jody Lynn Nye, Steven L. Sears, Cat Rambo, and others, each accompanied by a full-color painting by Sturgeon. And who doesn’t like cats? Space cats? Mary Turzillo has an entire collection of her Cosmic Cats and Fantastic Furballs. For more great stories, Writers of the Future, volume 31, contains the best short fiction from the winners and finalists of one of the most respected writing contests in the genre.

Zeroland by Ryan Winters features a deadly post-apocalyptic America, where a man has been murdered at a research facility in the Arctic Circle and a deadly alien creature is on the loose. And for something a little lighter, Winston Chase and the Alpha Machine by William Van Winkle, offers a YA SF adventure in which Winston realizes that the school bully isn’t the biggest thing he needs to worry about—waking up to being a half-alien freak is worse.

Revenge, the first book in the City of Kaus series by Dani Hoots, is a swashbuckling LGBTQ+ sci-fi Western you won’t want to miss. In Day 9 by Robert Jeschonek, a genius builds a machine to bring mankind closer to God, another genius builds a cathedral with a mind of its own, and three searchers race a serial killer to find the man with the key to salvation.

Starhelm Epsilon by David Viergutz follows a plucky crew consisting of a Han Solo-like mech pilot thrust into a galactic war between three competing factions. And John Wilker delivers in the same genre with Any Job Will Do, where the unification wars happened a while ago, and Jax’s parents fought for the losing side. Now he takes the jobs he can get—smuggling, bounty hunting, hauling cargo. If it pays, he’ll do it.

Wisecracking star-sailor Gus Johansson’s beach-bum retirement suddenly goes from boring to blazing when he pulls a 1400-year-old robot and a sentient spaceship from the sea in Corvus Ascending. Soon, Gus and his crew of misfits are in the fight of their lives against an old enemy.

And finally, rounding out the star-spanning 14 books, Debunked by Dito Abbott launches the Terravenum Chronicles, a wild adventure of explorers and curses, ancient prophecies, sarcastic swords of legend, and mutant slime beasts.

That should be enough to keep your imagination busy throughout the dullest vacation.” –Kevin J. Anderson

For StoryBundle, you decide what price you want to pay. For $5 (or more, if you’re feeling generous), you’ll get the basic bundle of four books in any ebook format—WORLDWIDE.

If you pay at least the bonus price of just $20, you get all four of the regular books, plus ten more books for a total of 14!

This bundle is available only for a limited time via here. It allows easy reading on computers, smartphones, and tablets as well as Kindle and other ereaders via file transfer, email, and other methods. You get multiple DRM-free formats (.epub, .mobi) for all books!

It’s also super easy to give the gift of reading with StoryBundle, thanks to our gift cards – which allow you to send someone a code that they can redeem for any future StoryBundle bundle – and timed delivery, which allows you to control exactly when your recipient will get the gift of StoryBundle.

StoryBundle was created to give a platform for independent authors to showcase their work, and a source of quality titles for thirsty readers. StoryBundle works with authors to create bundles of ebooks that can be purchased by readers at their desired price. Before starting StoryBundle, Founder Jason Chen covered technology and software as an editor for Gizmodo.com and Lifehacker.com. 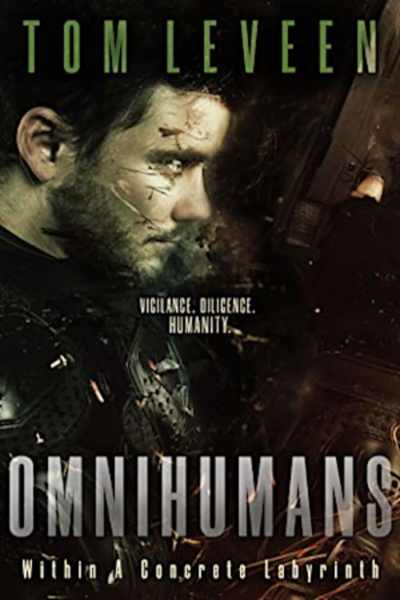 He’ll sacrifice anything to save these children. . . except being human.

The world became aware of them sixty years ago: people with remarkable physical and sometimes psychic powers, often with terrifying deformities. Most folks call them deviants; deevs for short. Rejecting the slur, they call themselves omnihumans.
Manic is a federal officer tasked with taking down allegedly dangerous deevs. He loves his job, and he’s damn good at it. He’d wipe ’em all off the face of the earth if he could, because he believes every deev out there is a threat to mankind, just by their very existence. Not everyone agrees with him, though, including his only child—a naïve college girl who has devoted her life to protecting the civil rights of those very same deviants that he hauls in off the streets.
When his daughter’s tuition funds suddenly run out, Manic accepts a high-paying, off-the-books gig assassinating individual deevs. But after learning a deviant he’s killed was hunting down gangsters trafficking in the minds and bodies of human children, Manic decides to inherit the deviant’s quest.
Manic’s identity and clarity of purpose are thrown into chaos when he uncovers the concrete labyrinth where the gangsters are doing their dirty work. There, he finds a vigilante deviant who’s also trying to destroy the organization. Manic discovers deevs may be more human than not, as it becomes irrevocably clear that rescuing these most innocent of humans may not only cost Manic his life . . . but his humanity . . .

This book reminded me a lot of the show Heroes and the X-Men, but if it was told in the perspective of those who were hunting the mutants. The press portrays these omnihumans as being dangerous, and Manic really could use the money for his daughter’s tuition. And at the same time, he would be keeping the city safe, right?

Leveen does a great job portraying the mental process of reasoning out what is right and wrong for someone in this possession. Manic wants to do what is right, but how does one know what is right? At the same time, Malakai, an omnihuman, is trying to save someone child from a human trafficking wring. What will happen when these two go head to head? Will Manic be faced with the realization that maybe these omnihumans aren’t as dangerous as they are? Or will he follow orders?

This is a great military sci-fi for anyone who loves this aspect of X-Men. I highly recommend to fans of this genre!