I have to confess that I am a Browncoat. If you don’t know what that is, close this window immediately and watch Firefly on Netflix. Yes it is only one season. No, do not ask where they other seasons are or you will make a Browncoat cry. Seriously, we will cry. For those who have seen Firefly and Serenity, you know exactly what I am talking about.

I didn’t see Firefly until it was off the air, sadly. I watched the movie first, so I wasn’t as connected to the characters when certain things happened to certain people (not going to give away spoilers) but after I went back and watched the show, I became more attached, and, well, you know the rest. My favorite episode was”Trash”, with YoSaffBridge being my favorite secondary character. I love her, she is amazing and kicks a**. My other favorite commentary has to be with the episode “War Stories” since Nathan Fillion and Alan Tudyk are talking about their time with that episode. It’s amazing if you haven’t seen that one, go watch it with commentary. I promise you won’t regret it.

My goal is to meet all of the main cast in person and get their autograph and a picture take with them. So far I have met Adam Baldwin and Jewel Staite. This year I will be going to cons that have Alan Tudyk, Nathan Fillion, and Mark Shepard, so I cannot wait for those. Pictures with the two actors are at the bottom of this post 🙂 I had Adam sign a cunning hat, Jewel a bear patch, and Alan will sign toy dinosaurs, Nathan a replica of his gun, and Mark I will have sign a bowler’s hat.

I totally geek out everything there is a Firefly references on any show, especially Castle. Nathan Fillion is the master at randomly referencing the show. I cannot wait for his panel at Phoenix Comicon, it is going to be terrific!

I have attended a Browncoat Ball/Shindig in Phoenix. It was last October and I had the most amazing time with my husband. It was an all weekend event and we took the Lassiter Track, which we got to play laser tag. I met some of the coolest people ever there. I would love to attend again, but next year it is in the East Coast and I don’t think I will have the time or money (especially with so many actors going to Phoenix Comicon). Next year it is going to be a murder mystery so if you get the chance, do attend one, it is worth the money.

I’m excited about the new comics, I need to go buy the first two of the new series. I hope Nathan talks Joss into making a new movie or something, but with Marvel owning his soul I don’t think it will be any time soon. (Although he did get Much Ado About Nothing out in a week…). Here is to dreaming! 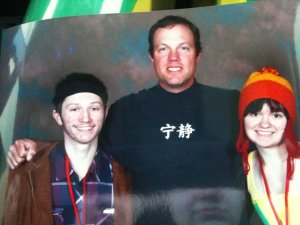 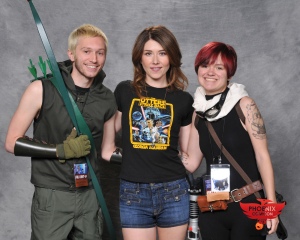