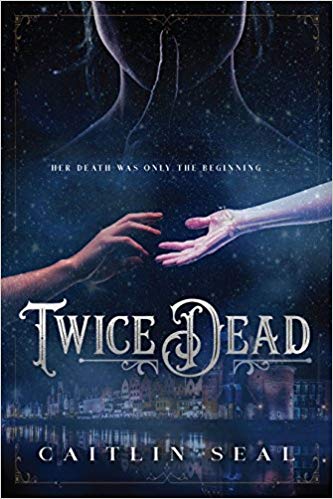 Naya, the daughter of a sea merchant captain, nervously undertakes her first solo trading mission in the necromancer-friendly country bordering her homeland of Talmir. Unfortunately, she never even makes it to the meeting. She’s struck down in the streets of Ceramor. Murdered.

But death is not the end for Naya. She awakens to realize she’s become an abomination–a wraith, a ghostly creature bound by runes to the bones of her former corpse. She’s been resurrected in order to become a spy for her country. Reluctantly, she assumes the face and persona of a servant girl named Blue.

She never intended to become embroiled in political plots, kidnapping, and murder. Or to fall in love with the young man and former necromancer she is destined to betray.

*I received a copy of this book via Netgalley. My thoughts are my own.*

I found this story to be quite enjoyable. The main character is a strong female lead and the supporting cast were all unique and entertaining. The idea, I found, was really cool with people being brought back to life with runes and ceremony. I liked how not many people found it wrong and there was great conflict. The only problem I had was that the relationship between the Naya and her father wasn’t developed enough for me to care about how she talked about him a lot and stuff that happened. I wished I knew more about her life a bit first before everything happened.