With a father from the planet, Ziratak, and a mother from Earth, Zon’s challenges are galactic. Zon doesn’t possess superpowers, though. If anything, he’s a bit of a klutz.

In Ziratakian folklore, the tale of the Temple of the Monarch has been passed down for generations. As legend has it, a series of miniature globes lead to the temple’s gate.

Except, Zon knows of a cave with small globes in it. And with one clumsy mishap, he triggers the gate–opening a portal to other worlds.

A trip through this vortex transports him to Earth, where the first human he encounters is a young woman with challenges of her own.

This is a brand new saga, and a new generation. There is no need to read the BEYOND series. However, for readers of the series, you will enjoy this continuation of the epic science fiction adventure.

This was a nice lighthearted YA Sci-Fi novel that is quick to read. I read it all in one sitting and found it to be delightful. It follows Zon as he is transported to Earth and becomes friends with a human girl who he later must save. At the same time, he is supposed to be practicing and getting ready for a big test that is coming up. Will Zon pass this test or will he sacrifice it to help his new friend?

I haven’t read the rest of the series, which is more about Zon’s mother and father, but I wasn’t confused at all. This definitely can be read as a standalone. The only problem I had with it was that I felt it could use more description and sometimes I was confused as to where exactly he was until another character came into the picture.

All in all, this was a nice read for those who like light-hearted YA Sci-Fi. If you need something to read on a lazy Sunday afternoon, I definitely recommend this book!

Enter the Giveaway below to win a $10 gift card to Amazon!: 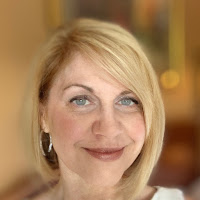 USA TODAY bestselling author, Maureen A. Miller worked in the software industry for fifteen years. She crawled around plant floors in a hard hat and safety glasses hooking up computers to behemoth manufacturing machines. The job required extensive travel. The best form of escapism during those lengthy airport layovers became writing.

Maureen’s first novel, WIDOW’S TALE, earned her a Golden Heart nomination in Romantic Suspense. After that she became hooked to the genre. In fact, she was so hooked she is the founder of the JUST ROMANTIC SUSPENSE website.

Recently, Maureen branched out into the Young Adult Science Fiction market with the popular BEYOND Series. To her it was still Romantic Suspense…just on another planet!

Find more about Maureen at http://www.maureenamiller.com