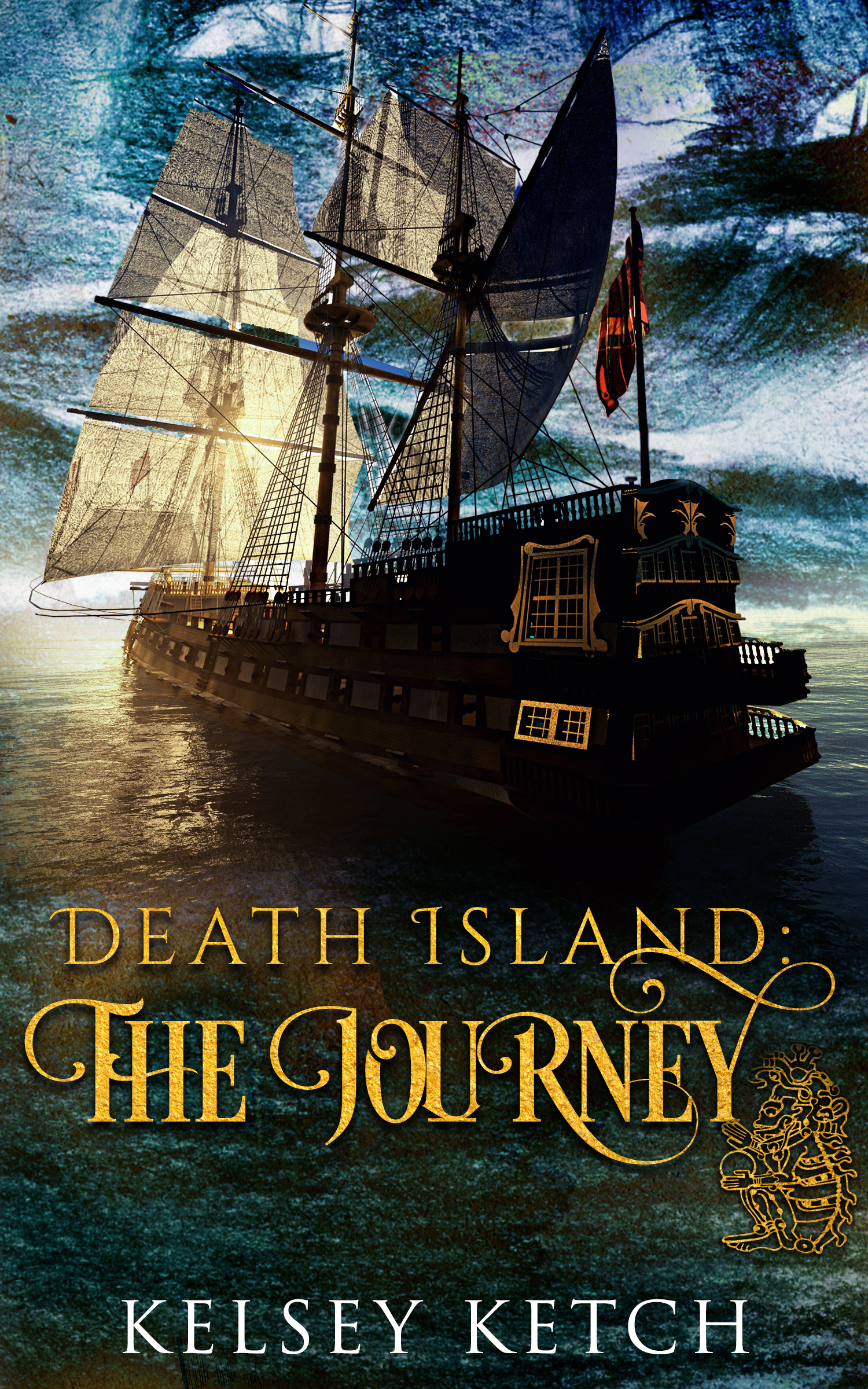 With her family name tainted by her great-grandfather’s crimes, Meriden Cummings could only dream of fleeing her oppressive life. Then she unearthed a piece of tanned skin, and her blood revealed an ancient map adorned with Mayan glyphs, launching her on the journey of a lifetime. However, she finds herself bound to the map, and there is a cost to her newfound freedom. One that will torment her mind as well as her soul.

After being shanghaied by pirates, Gregory Wilson escapes to a small English village where he runs into an obnoxious auburn- haired beauty. When he learns she is about to set sail on dangerous waters, he signs up to join her crew, hoping to defend her from the pirates seeking her great-grandfather’s treasure. But, will he be able to protect her from the ghost that haunts her or the curse running through her veins.

After arriving at Death Island, Meriden Cummings became haunted by dreams of a young Mayan woman’s death. A death, Meriden fears, foreshadows her own. And she soon discovers that in this tropical paradise, there are many ways to die. On top of that, the pirates after her great-grandfather’s treasure are not far behind. Can she and her crew stay one step ahead of them and the Mayan god that inhabits the island?

Meriden is not the only one haunted by the young Mayan woman’s death. Gregory Wilson has had similar dreams the moment he stepped foot on the island. In addition, he has seen the Mayan god of death, Ah Puch. Will he be able to protect Meriden from the earthly dangers as well as the supernatural forces seeking her demise?

This is a great duology! I couldn’t put it down! It hit the spot for my pirate story needs! I loved how it followed Meriden, as she was a strong, female lead that knew how to hold herself in a fight. I also really enjoyed Gregory’s POV as he has an interesting back story and has a lot going on in terms of ties with the pirates that are chasing them. The mythology behind the story was really interesting and different than a lot of other pirate books I have read. I highly recommend this duology to anyone who likes pirate books!

Kelsey Ketch is a young-adult/new-adult author, who works as a Wildlife Biologist in the state of North Carolina. During her free time, she can often be found working on her latest work in progress. She also enjoys history, mythology, traveling, and reading.

For more information, please visit her site at kelseyketch.com.