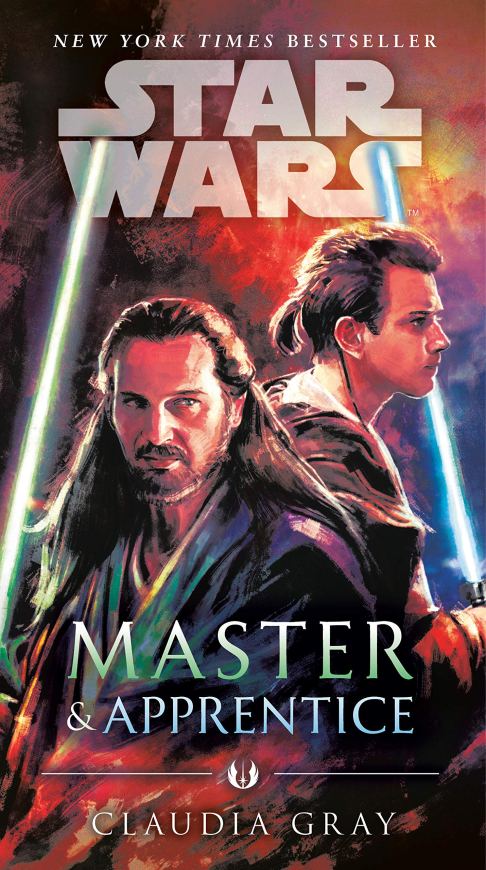 A Jedi must be a fearless warrior, a guardian of justice, and a scholar in the ways of the Force. But perhaps a Jedi’s most essential duty is to pass on what they have learned. Master Yoda trained Dooku; Dooku trained Qui-Gon Jinn; and now Qui-Gon has a Padawan of his own. But while Qui-Gon has faced all manner of threats and danger as a Jedi, nothing has ever scared him like the thought of failing his apprentice.

Obi-Wan Kenobi has deep respect for his Master, but struggles to understand him. Why must Qui-Gon so often disregard the laws that bind the Jedi? Why is Qui-Gon drawn to ancient Jedi prophecies instead of more practical concerns? And why wasn’t Obi-Wan told that Qui-Gon is considering an invitation to join the Jedi Council—knowing it would mean the end of their partnership? The simple answer scares him: Obi-Wan has failed his Master.

When Jedi Rael Averross, another former student of Dooku, requests their assistance with a political dispute, Jinn and Kenobi travel to the royal court of Pijal for what may be their final mission together. What should be a simple assignment quickly becomes clouded by deceit, and by visions of violent disaster that take hold in Qui-Gon’s mind. As Qui-Gon’s faith in prophecy grows, Obi-Wan’s faith in him is tested—just as a threat surfaces that will demand that Master and apprentice come together as never before, or be divided forever.

If you love Star Wars and need more Obi-Wan & Qui-Gon, then you definitely need to read this book. This book gives an insight on their relationship and how both of them were as padawans. There are flashbacks to when Qui-Gon was a padawan to Count Dooku, which was really fascinating. I still need to read the book Dooku.

The book itself was written very well and now Claudia Gray is one of my favorite authors and Star Wars authors. She is probably my favorite of the new canon books. After reading this book, I went and gathered the rest of her Star Wars books, and a couple of non-Star Wars books. I can’t wait to read more books by her.

I enjoyed the rest of the characters in this book. The princess was different than the other princess written about in the Star Wars universe, and I liked what Claudia did with her. I also liked the other Jedi and the backstory he had. Each character had great development.

I also listened to the audiobook for this book and really enjoyed Jonathan Davis’ performance. He did a great job sounding like Ewan McGregor and Liam Neeson and it made it feel like I was listening to an actual Star Wars movie. He also did the audiobook for BROTHERHOOD by Mike Chen, which I will be reviewing soon.

All in all, if you love Star Wars, I highly recommend this book!